Explore The History Of Coastal Delaware At These 10 Fabulous Sites

Dating back to the early years of the 17th century, there is plenty of history within the confines of Delaware's southernmost and oldest county. From when the Dutch first settled here in 1631, through the British colonization and into the American Revolution, Sussex County has always played a vital role, thanks in part to it's location along the eastern seaboard.

From old churches, to historic lighthouses, to monuments and buildings that have stood the test of time, there is plenty to see and do in southern Delaware for the history lover in all of us. Once again, we are discussing our Top Ten, but there are many more than just 10 sites in Sussex County to see and explore.

As a side note, we're not including any of southern Delaware's impressive museums on the list. We will tackle those at another time.

Now, here are our favorite historic sites in Sussex County, in no particular order:

2. Cradling of a State Monument (Lewes). Marking the moment when Dutch settlers first arrived in present-day Sussex County in 1631, this monument on Pilottown Road sits on what is believed to be the spot of their original whaling colony. The original Swanendael settlement, later renamed Zwaanendael and, eventually, Lewes, remains the first recorded attempt at settlement by Europeans in present-day Sussex County. Swanendael, which translates to "valley of the swans" in Dutch, was settled when 28 pioneering men sailed the Atlantic Ocean from Holland. Their goal was to establish a colony near the mouth of what explorer Henry Hudson had dubbed the South River ? the Delaware Bay ? upon discovering the area in 1609. As for Delaware history, the inscription on the monument says it all: "Here was the cradling of a state." As a side note, if not for this colony, what is today coastal Sussex County would instead rest in the state of Maryland. But, that's a story for another day.

3. Anna Hazzard Tent (Rehoboth Beach). This camp meeting era building houses exhibits relating to the early history of Rehoboth Beach as a religious retreat. Anna Hazzard was a civic leader and former owner of the building. The "tent," as they were called in the day, resembles a camp meeting site from the 1890s, complete with artifacts and memorabilia from that time.

4. Sussex County Courthouse (Georgetown). Driving through Georgetown toward the beach, you can't help but notice the towering courthouse structure resting on the southeastern edge of The Circle. Designed by renowned architect William Strickland, the courthouse was built between 1837 and 1839 on the same location as the original courthouse, which is now a museum just about a block away. The portico and cupola were added in 1914.

5. Lightship Overfalls (Lewes). Now resting in Lewes, the Overfalls is one of only 17 remaining lightships out of a total of 179 built from 1820 to 1952. Designated a National Historic Landmark in 2011, it is one of seven lightships in the United States still open to the public. It has been painstakingly restored by a group of volunteers affectionately referred to as the "Dirty Hands Gang," and today proudly rests on the Lewes-Rehoboth Canal. Tours are available of the ship and make for a special day in coastal Delaware.

6. Confederate Monument (Georgetown). As southern Delaware rests literally on top of the Mason-Dixon Line, it's no great surprise that many Sussex Countians sided with the Confederate States of America during the Civil War. To recognize the sacrifices made by it's soldiers, the state's first and only Confederate monument was unveiled on the grounds of the Marvel Museum in May of 2007. The monument features the names of more than 70 Delawareans who fought in Southern armies during the War Between the States, or those who supported the Confederate war effort. There are two flag poles which flank each side of the monument, one flying the Delaware state flag and the other flying the flag of the Confederacy. The monument was a joint effort of the "Delaware Grays" Sons of Confederate Veterans and the Georgetown Historical Society.

7. Prince George's Chapel (Dagsboro). The more than 250-year-old chapel was constructed in 1757 on the south side of Pepper Creek in present day Dagsboro. It was erected as a so-called "chapel of ease" for St. Martin's Church, which still stands in Showell, Md., about 11 miles south of Dagsboro. Named for the English prince who would later become King George III, the chapel has been completely restored to resemble its original 18th-century appearance. It is owned by the state of Delaware and maintained by a committed group of volunteers.

8. Indian River Lifesaving Station (Bethany Beach). The Indian River Lifesaving Station was built in 1876 and is the oldest lifesaving station still in its original location on the east coast of the United States. One of the first stations designed by the federal government, it remained open until the famed nor'easter of 1962 filled it with several feet of sand. The Delaware Seashore Preservation Foundation took over the task of restoring the station many years later with the goal of returning it to its 1905 appearance. They accomplished that goal and reopened the historic building in 1998. This is a fascinating tour for every member of the family and is highly recommended.

9. Mason-Dixon Midpoint Marker (Delmar). Nearly 250 years ago, Charles Mason and Jeremiah Dixon created the most famous boundary in what would soon be the United States of America. And they started in a remote area of the Delmarva Peninsula, setting markers that became the midpoint of their historically important work. Today, those markers sit in an unassuming field just west of Delmar, in a rudimentary enclosure just off of Route 54. If you didn't know it was there, and most people don't, you would drive right past it without even stopping. Yet, the significance of the midpoint markers (so named because they are placed at the halfway point between the Atlantic Ocean and the Chesapeake Bay) of the Mason-Dixon Line has not been lost to history. It's worth the drive, if for no other reason than to say you were there.

10. Fort Miles (Lewes). The massive coastal fortification known as Fort Miles was built in 1941 to defend Philadelphia, as well as oil refineries and other assets along the Delaware River and Bay, from the German Navy during World War II. After the war came to an end, Fort Miles stood down and the fort's heavy guns were eventually dismantled. Eventually, the fort became part of Cape Henlopen State Park and is today overseen by the Delaware Division of Parks and Recreation, which has helped restore and maintain the fort with the help of a dedicated group of volunteers. Highlights of a trip to Fort Miles include a tour of Battery 519 and a climb up the nearby fire control tower.

For this week's featured home here on theoldfathergroup.com, we take you to the historic town of Milton and, more specifically, to the beautiful ...Read More 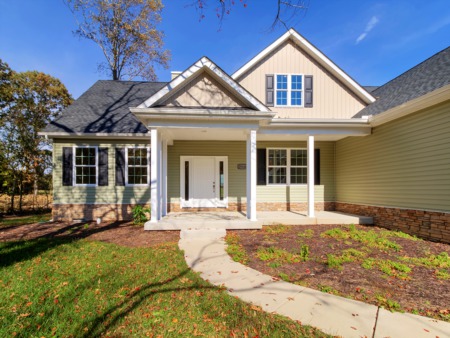 The Oldfather Group of Ocean Atlantic Sotheby’s International Realty is pleased to announce another coastal open house event this weekend, this ...Read More 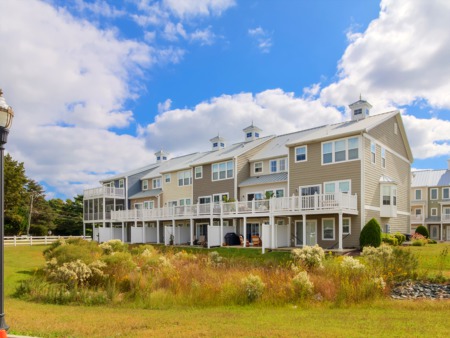 Six Oldfather Group Properties Featured This Weekend Throughout The Region

The weekend of Nov. 11-12 will be a busy one around coastal Delaware, with the Oldfather Group of Ocean Atlantic Sotheby's International ...Read More