For generations, people young and old have preached about the health benefits of living at the beach, breathing the salt air, laying in the sun and generally just feeling more relaxed on a regular basis.

If you’ve ever wondered whether or not this admittedly unproven theory has any merit, Ocean City Realtor John McAdams may help you make up your mind.

Down 50 pounds since his move to the beach in 2011, McAdams now weighs the same as he did as a high school senior in 1981. He also boasts higher energy levels, a much lower cholesterol rate and a brighter outlook on life.

It’s a life that could be a whole lot different in 2018, if not for the permanent move to the beach and the advent of a healthier lifestyle.

“I was actually diagnosed with diabetes several years ago, but I never really took it seriously until my mom passed away from it,” remembers McAdams, now a Realtor with the Oldfather Group of Ocean Atlantic Sotheby’s International Realty in Rehoboth Beach. “At that point, I knew I was going to have some serious health complications down the road if I didn’t make drastic changes in my life.”

A husband and father of three, McAdams spent many a summer day in Ocean City while growing up in College Park, Maryland. Since his first trip to the resort in 1969, he knew he eventually wanted to live in the region on a permanent basis.

His lifestyle and family history of diabetes only accelerated the timetable, and today he’s reaping the benefits of that move.

An avid walker and basketball player, McAdams’ life is dramatically different since his mother’s passing. It’s a change that may have been impossible if he had continued with his job as a mortgage loan officer on the western side of the Chesapeake Bay Bridge.

“I just love living here in the resort area; there’s certainly never a boring day or night in Ocean City,” McAdams says with a smile. “When I was finally able to work an entire day and then spend time at the beach without feeling exhausted, I knew things were working out the way I had planned. And I’ve been doing that for the last five years now.”

A rejuvenated life filled with healthier options and exercise has also become a major part of the Ocean City Realtor’s daily routine.

Even his wife, Debbie, his son and his twin daughters have gotten involved in the new lifestyle, also eating and living healthier at the beach.

Says the 54-year-old Realtor: “The fresh air and the environment here just makes you want to get outside and be active. “You can walk on the boardwalk or on the beach, play tennis or basketball or any number of other activities and basically just enjoy living at the beach.”

McAdams obtained his Maryland real estate license in 2014 after 18 years working in the mortgage loan business. He came on board with the Oldfather Group in 2017 and today focuses on the Ocean City residential real estate market, along with colleague Sherry Thens.

He has no regrets leaving his former profession to focus on sales, citing increased governmental regulations as the main reason for wanting to make a change.

“New regulations definitely created a lot of additional burdens in the loan business, so I’m very happy that I obtained my license and made the change that I did,” says McAdams. “And now I love the fact that I can help people achieve their dreams and assist them in making the biggest purchase they’ll probably ever make.

“It’s a really good feeling to help new homeowners add something of such significant value to their lives.”

The Oldfather Group was founded in 2004 and specializes in real estate sales throughout coastal Delaware, including Lewes, Rehoboth Beach, Dewey Beach, Bethany Beach and Fenwick Island, as well as the coastal Maryland towns of Ocean City and Berlin and northern New Castle County.

Need a Little Pampering While At The Beach? We've Got Just What The Doctor Ordered...

There’s no better place to be in the warm summer months than right here in coastal Delaware, enjoying the bright sunshine, the great restaurants, all ...Read More 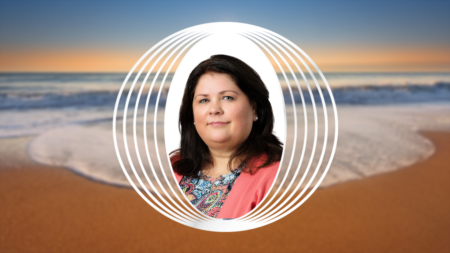 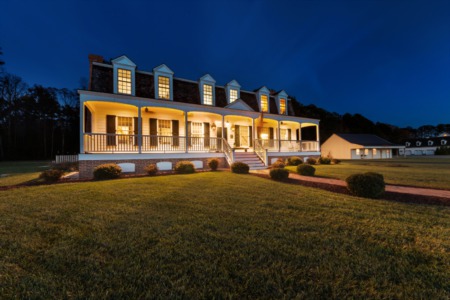 A Taste of Historic Williamsburg in Sussex County

If you happen to feel just a twinge of nostalgia for the 18th century while walking up the beautifully landscaped front yard of this home on Conleys ...Read More