Have you ever wondered why the northern beach communities of Rehoboth Beach, Dewey Beach and Lewes are more built up than the southern “quiet resort” towns of Bethany Beach and Fenwick Island?

I mean Fenwick does border Ocean City, right? The state of Maryland’s second largest city from June through August, with its large condominium buildings and reputation as one of the busiest summertime beach resorts on the eastern seaboard, is just a stone’s throw away.

Well, the historical answer may surprise you, unless you’ve lived in this area a long time and are well versed on days gone by.

But the reason is actually quite simple – in the late 19th and early 20th centuries, the railroad made its way to the beach communities in and around Rehoboth, while the elusive Indian River Inlet kept the southern communities essentially isolated from its northern neighbors.

That very same inlet is also what furthered the demise of the area’s passenger railroad service, but for decades, the train is what fueled the growth of southern Delaware’s coastal communities.

It was 1869 when railroad service began in Lewes, which was a huge boon to the area, allowing it to compete with communities in the western part of Sussex County, which had enjoyed rail service since the 1850s.

Essentially, Gov. William Henry Harrison Ross (a Seaford native) had given the towns in his neck of the woods a competitive advantage when it came to transporting crops to the metropolitan centers of Wilmington and Philadelphia.

The governor even went so far as to build a railroad station adjacent to his mansion in Seaford (see photo below).

And that advantage continued for more than a decade, until the Junction and Breakwater Railroad finally laid the tracks and extended service over to the “First Town in the First State.”

Nine years later, in 1878, service was extended from Lewes to Rehoboth Beach, allowing easier access to the resort town for visitors from upstate Delaware and neighboring Pennsylvania. In essence, this move forever changed the town from a Methodist campground to the tourism mecca that it remains today.

The train tracks in Rehoboth Beach used to run directly down the center of Rehoboth Avenue, which today serves as the divider between the eastbound and westbound lanes of traffic. The train station still remains on “The Avenue,” serving as the visitors center run by the Rehoboth Beach-Dewey Beach Chamber of Commerce. 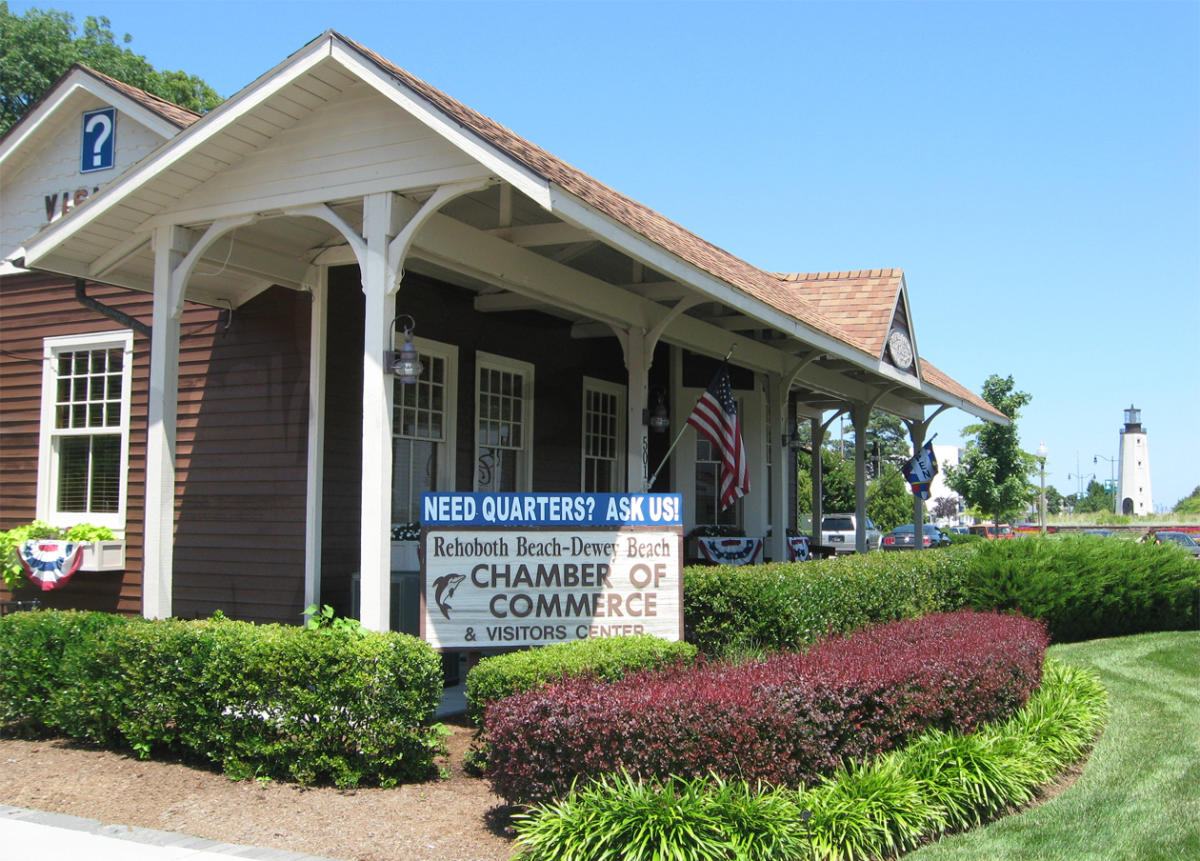 The adjacent icehouse, which now houses the Rehoboth Beach Museum, was a daily stop on the train route, where huge blocks of ice would be picked up and transported to other markets. 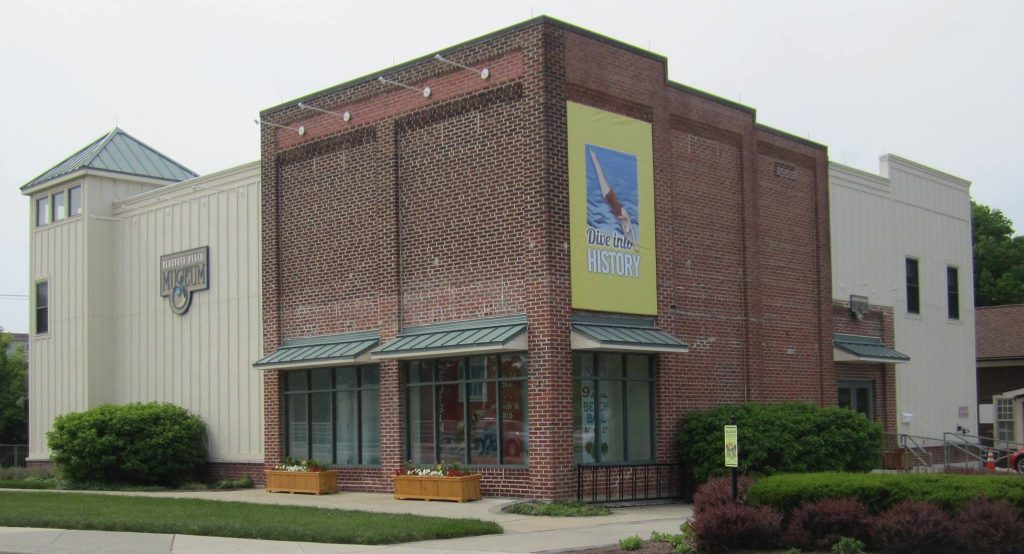 But while trains definitely served the purpose of transporting goods to northern markets, the early days of the railroads in Rehoboth centered more on transporting beachgoers to the summertime resort.

Later, it was the completion of the rail line from Georgetown through Selbyville in 1872 that gave the coastal areas what Seaford and western Sussex County already had — a way to ship crops to the large metropolitan areas of the north.

In Selbyville, and the surrounding farmlands near Fenwick Island and Roxana, that meant strawberries, and the arrival of the Queen Anne’s Railroad (later called the Maryland & Delaware Coast Railway) meant farmers could ship their crops to northern markets.

Selbyville soon became a major supplier of strawberries for the east coast, and the town flourished, until disease struck the crops in the 1930s and forced farmers to switch their focus to the poultry industry.

In Milton, the Queen Anne’s Railroad crossed Federal and Chestnut streets, allowing growers in the so-called “Holly Capital of the East Coast” to easily transport their goods to market. 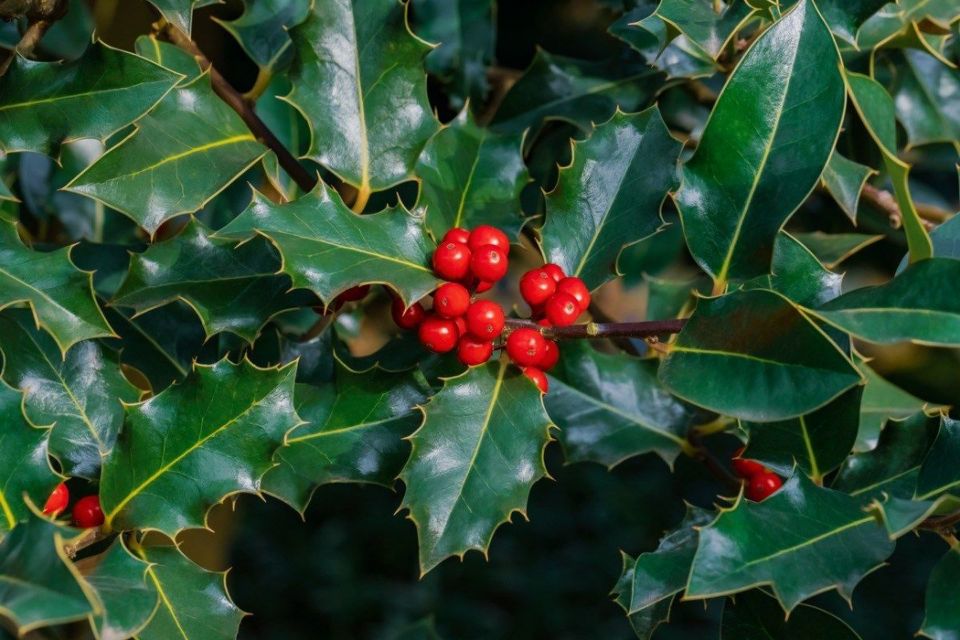 In both small towns, the arrival of the railroad meant better transportation options and greater prosperity. The small, usually one-room train stations became critical to the survival of many coastal Delaware municipalities.

The Queen Anne’s Railroad was the last major railway built on the Delmarva Peninsula. Chartered in 1897 and eventually extending 60 miles from the Chesapeake Bay to the Delaware Bay in Lewes, the railway operated independently until 1904, when it was sold to a subsidiary of the Pennsylvania Railroad.

In 1924, however, completion of the Coleman duPont Boulevard (later renamed U.S. 13), the first north-south highway in Delaware, made automobile trips as convenient as rail travel, soon causing the railroads to halt passenger service to coastal Delaware. 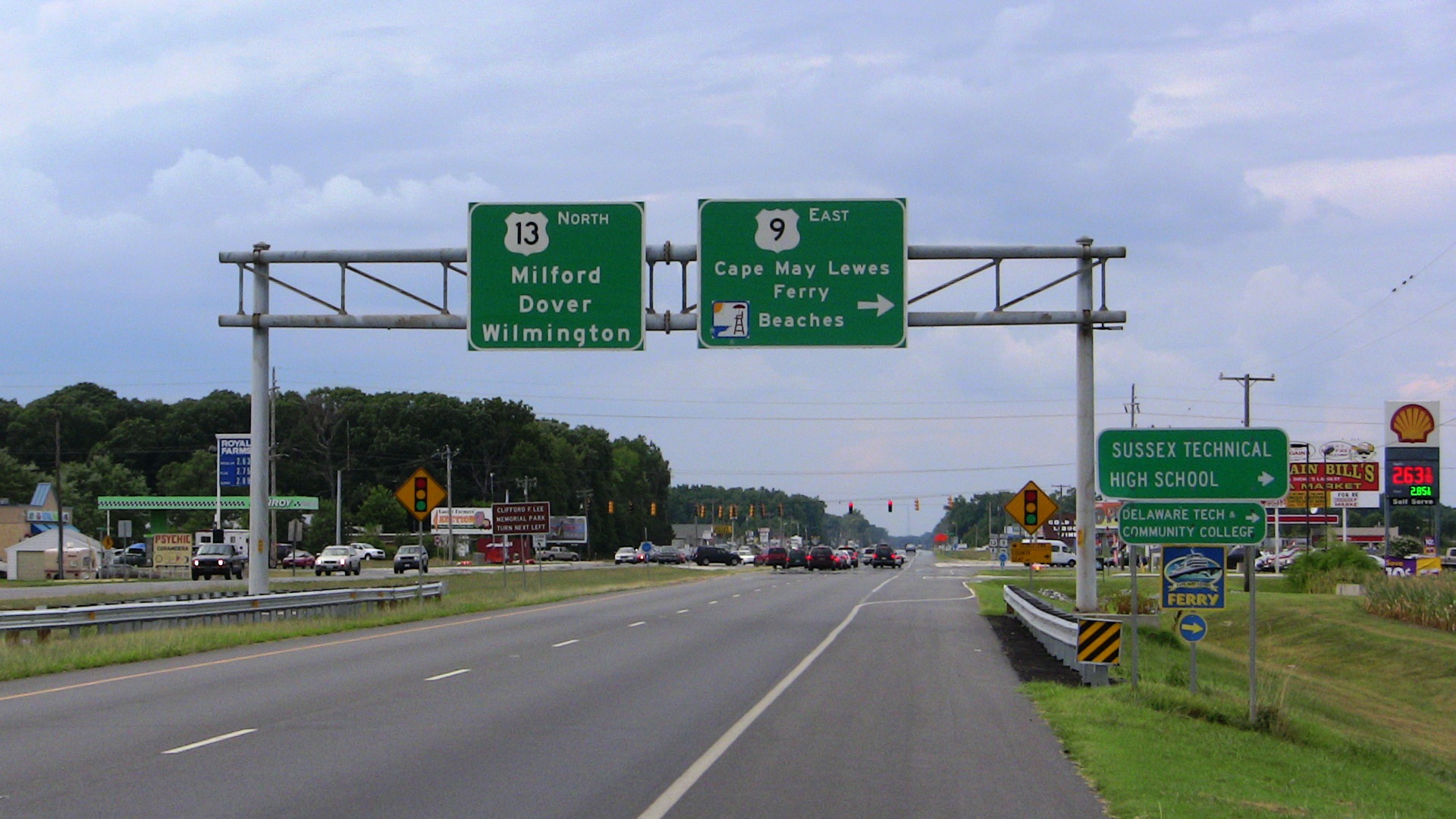 Freight trains continued for many years after that. But the final chapter in coastal Delaware’s railroad history ironically involved its role in construction of the Indian River Inlet bridge, which was built for the very cars that killed rail service.

The United States Army Corps of Engineers was completing the construction of two large steel and stone jetties in the late 1930s, locking in place the once-elusive inlet. This allowed for a bridge to be built across the span, increasing automobile traffic to the southern beach areas. The rocks used to form those jetties were brought down to coastal Delaware aboard the railroad. 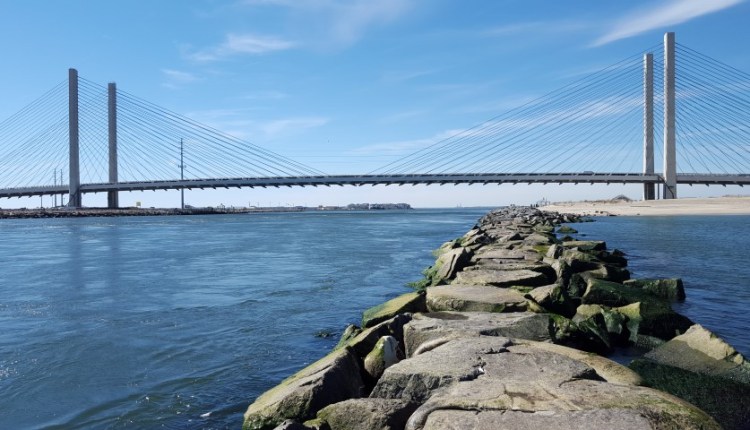 The memories of men and women of the day waiting for the train in their Sunday best and taking horse-drawn carriages to various spots upon arriving in Rehoboth remain to this day.

As do the remembrances of the era’s youth. Long before computers and cell phones, and even televisions for that matter, local teens spent many an evening at the old Blue Hen Theater on Rehoboth Avenue, for many years the location of Carltons Men’s and Women’s Apparel.

Teens didn’t need to check the marquee show times, or read the newspaper, or even depend on word of mouth to know when the movie was going to start, however. They simply waited until they heard the train whistle, because they knew the film for the evening’s movie was going to be on the train.

But those are just memories. Today, Rehoboth Beach is a much different place that it was 100 years ago. But it can be argued that the resort is what it is today due to the railroad. 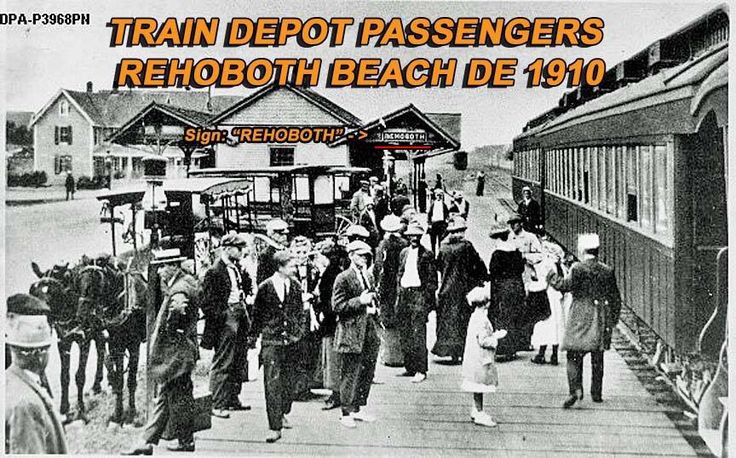 Today, tourism is the leading economic force in coastal and southern Delaware. But who knows how history would have unfolded if not for the giant “iron horses” that once rumbled down Rehoboth Avenue.

We hope you enjoyed this trip down coastal Delaware's Memory Lane. Join us again here next time on theoldfathergroup.com as we continue our look at the history of our beautiful area.

⭐⭐⭐⭐⭐ "We met Kelly DeMott seven months ago in search for a condominium in Rehoboth Beach Delaware. Kelly showed us multiple properties in person and detailed via walk throughs when we were unable to make the hour and a half drive from Pennsylvania. Kelly is the best! She was thorough and professional and great to work with. She kept us up to date about available properties as soon as a new one came on the market. She is honest, all business with a good sense of humor and no games. We’re lucky to have found Kelly!" - Mike Demarco on Google

⭐⭐⭐⭐⭐ "We met Shawn Glassmeyer when we were looking for a condo to buy in Rehoboth Beach. He helped us out tremendously as we did not live close by. If a unit came up for sale he would work around our schedule and meet us anytime during the day. We never had to wait around for Shawn as he arrived early to the showings, always waiting for us at the entrance to the buildings. We finally found a condo we wanted to buy and he had a contract drawn up for us that night. He guided us through the buying process and gave us his professional opinions which helped out a lot. We would highly recommend Shawn as he was a very professional, conscientious and honest person who we now consider a friend." - Lauren on Google

You can find more of our reviews on Google. We have a 4.9-star rating and 633+ reviews.

With summer in full swing, it's a great time to start showcasing some of the great homes we currently have listed for sale at theOldfather Group of ...Read More

Hello everyone and welcome to another edition of the “Weekender Blog,” as always brought to you by the real estate ...Read More

The Oldfather Group of Ocean Atlantic Sotheby's International Realty is proud to announce Chuck Seaman as their top first-year producer. With ...Read More