March is Women's History Month in the United States, a chance to recognize and remember the countless contributions made by women over the 245-year history of the United States. There have been many, and there continue to be many more each and every day in 2021.

One of the most significant advancements for women in the United States came just over 100 years ago, when the tiny little state of Delaware received national focus in the women's suffrage movement. For a time, it was the battleground over the right of women to vote in American elections.

It seems kind of foreign in 2021 to think that women at one time didn't have the same rights as men when it comes to electing who leads our local, state and federal governments. But they didn't, and it really wasn't all that long ago.

The women's suffrage movement was a brutal battle, with both sides firmly entrenched in their views and committed to fight for their causes until the bitter end. And boy was it one hell of a fight!

But how did the First State of Delaware figure into the mix? Well in a monumental way, albeit not technically on the right side of history.

As we pay tribute to Women's History Month in the United States, let's step into the way back machine to 1919/1920 and pay a visit to Dover, Delaware and Ground Zero of the women's suffrage movement in the 20th century.

Much of the information contained in this historical look back comes from the Delaware Public Archives, an unbelievable resource here in the First State. It's a wonderful place to learn about local and state history, headquartered in Dover near Legislative Hall.

In that year just over a century ago, the United States Congress passed the 19th Amendment to the Constitution giving women the right to vote. But it needed 36 of the then 48 states (75 percent) to ratify it before becoming the law of the land.

Delaware was not one of the original 35 states to approve ratification. Of the 13 states remaining, however, the First State seemed like the best choice to put the movement over the finish line.

A special session of the Delaware General Assembly was called that year by Governor John G. Townsend and both sides of the suffrage movement put the First State in its crosshairs.

This was where the latest battle over women's suffrage was going to be fought, and it indeed was fought in many areas of Delaware.

The fight became known nationally as the "War of the Roses," with yellow roses coming to signify the suffrage movement and red roses being connected to those opposed to giving women the right to vote in the United States.

One of the leaders of the anti-suffrage movement, Mary Wilson Thompson, was very well known in Sussex County. Her early contributions as the founder of the Delaware Mosquito Corp., are still significant today, particularly during the summer months.

But there were many prominent women firmly entrenched on both sides of the battle. Ladies known both in Delaware and throughout the country lobbied for and against the 19th Amendment, and they did so vehemently and tirelessly.

The battle went on for months until the Delaware Senate finally voted 11-6 in favor of women's suffrage on May 5, 1920. The 19th Amendment to the Constitution was on its way to becoming law, but first it had to pass the Delaware House of Representatives.

The Delaware House overwhelmingly shot down the attempt to make history in the United States, voting 24-10 against women's suffrage and ending a crazy time in First State history.

Delaware could still be known today as the state that ultimately gave women the right to vote, but that honor instead fell later that year to the state of Tennessee.

Legislators in Delaware finally came on board and ratified the amendment in March of 1923, but their place in history had forever been lost. Oh, what could have been!

As a side note, the 19th Amendment wasn't fully ratified by every state in the union incredibly until 1984 when the southern state of Mississippi finally came on board.

Please join all of us at the Oldfather Group of Ocean Atlantic Sotheby's International Realty as we pay tribute this March to the role women have played over the course of American history.

It's been an incredible journey and one hell of a fight for women to gain equal rights in America and much of the world. And the fight still isn't over in many places and in many ways, even here at home.

We're sure there are many advancements and contributions yet to come. 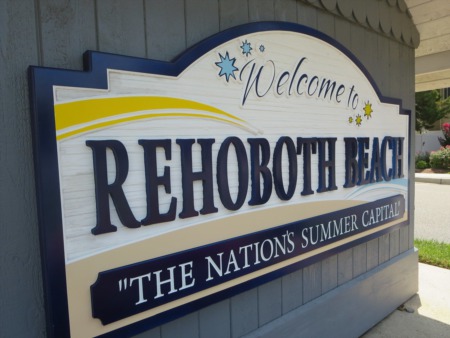 10 Top Reasons for Living in the 'Nation's Summer Capital' of Rehoboth Beach, Delaware

After mentions in several regional and national publications over the last few years, more and more people are learning about the gem that is coastal ...Read More 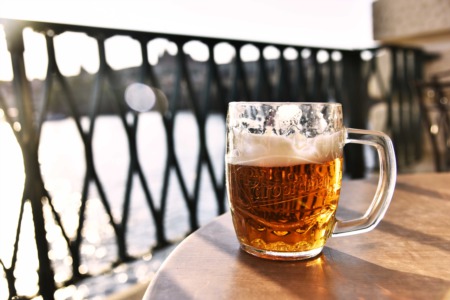 We've got several great local events to tell you about today in our latest "Weekender Blog," brought to you every week by the real estate ...Read More