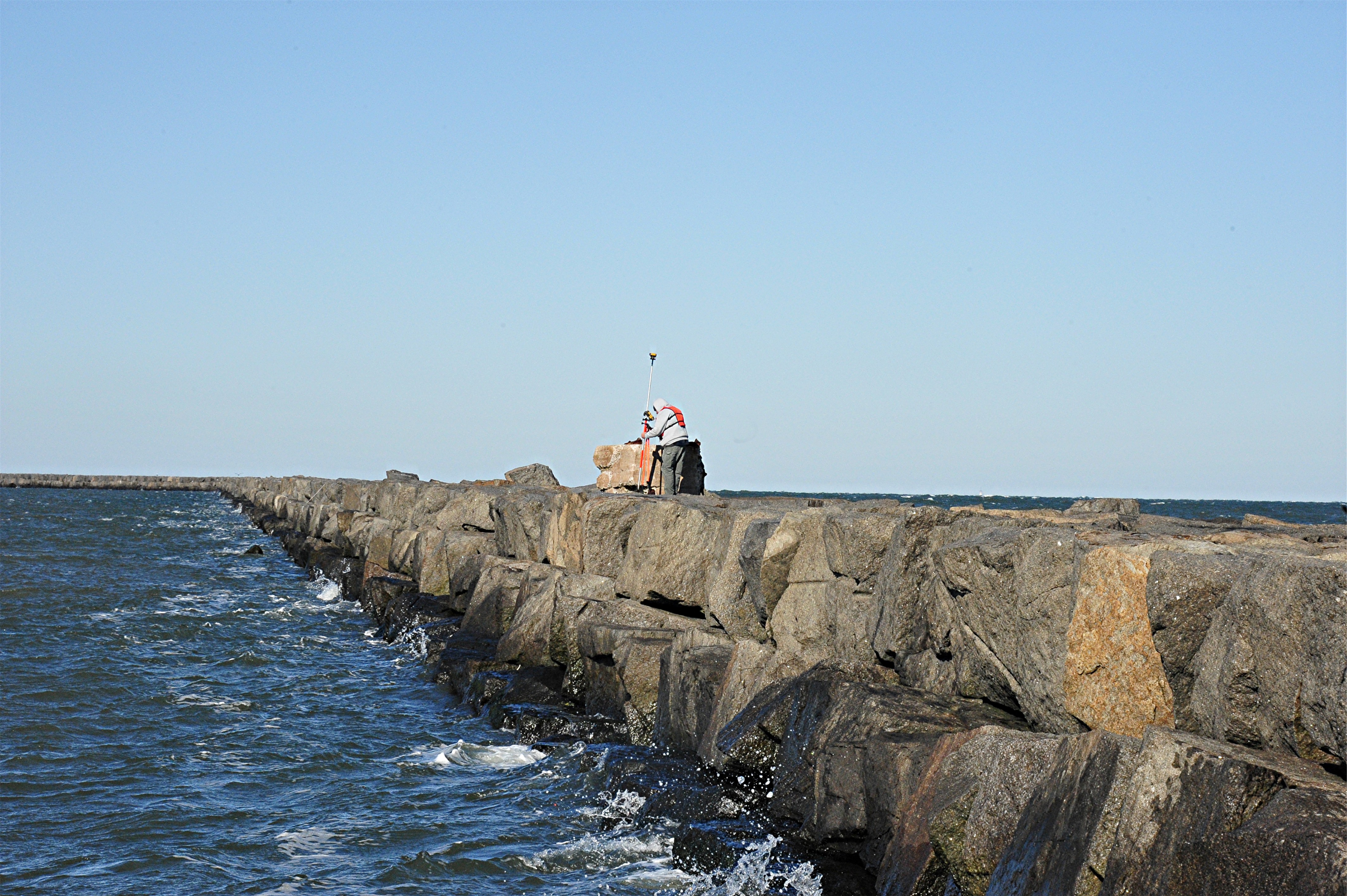 The Delaware Breakwater is actually two similar structures built near the entrance to the Delaware Bay that were constructed by the U.S. government as a safe haven for ships during times of bad weather.

An engineering feat unlike any other when they were constructed between 1828 and 1901, the breakwater project was the first of its kind in the country and has stood the test of time. It is still used by ships today, though with modern weather predicting methods, no longer are captains caught off guard by incoming storms.

The inner breakwater was constructed first and was followed by a newer, one-and-a-half mile long version decades later. Each structure is anchored on the east end by a lighthouse, the East End Light and Harbor of Refuge Light, respectively.

The Delaware Breakwater is listed on the National Register of Historic Places.