Running of the Bull 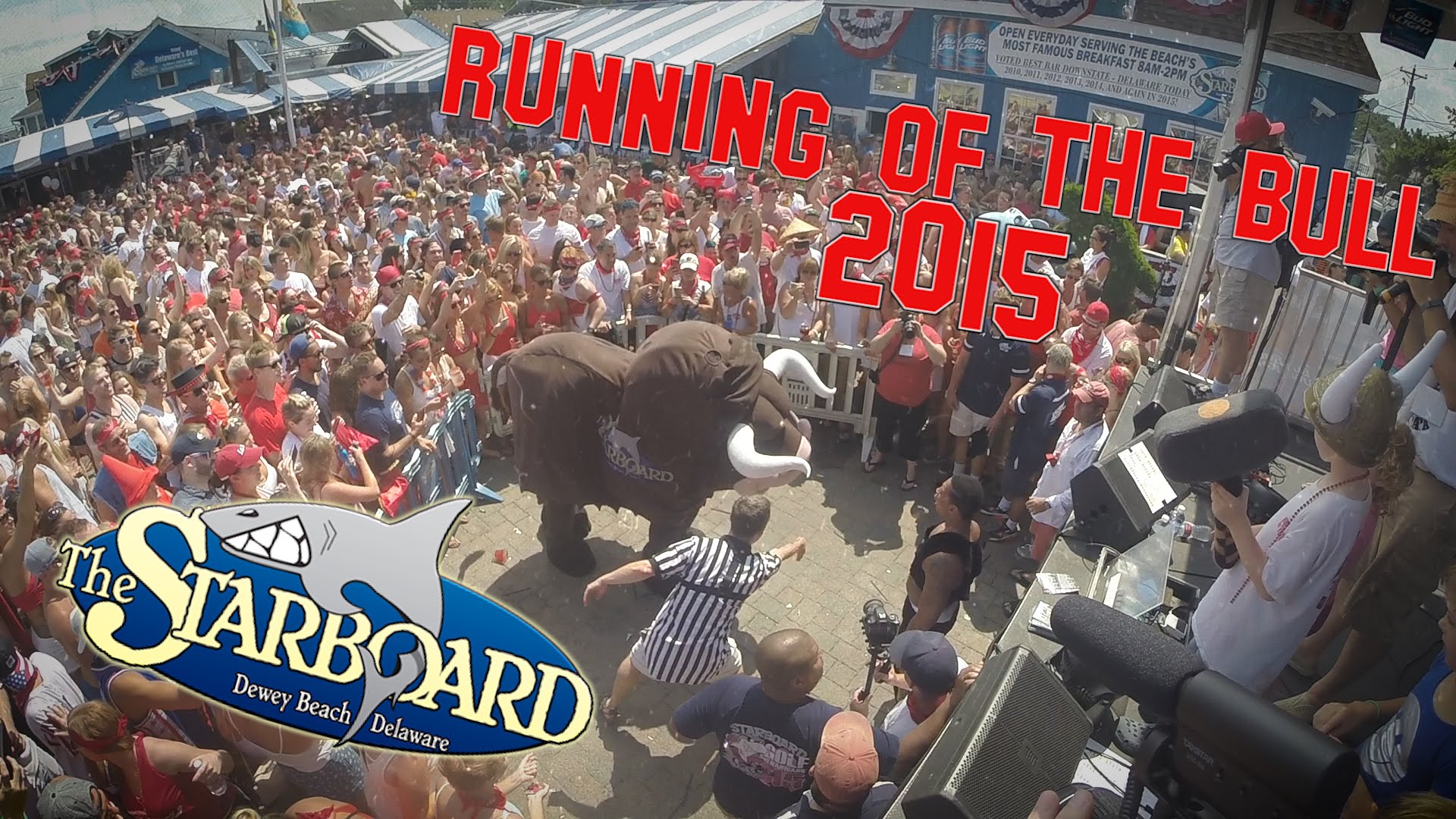 On the Saturday that falls between July 7 and July 13 (when the Festival of San Fermin is held in Pamplona, Spain) people of various states of mind gather at The Starboard in Dewey Beach to “Run with the Bull.”

Dressed in the traditional Pamplona white clothing and red bandanas (and the less traditional bikini tops, kilts, clown wigs and whatever they feel like), the bull runners meet at the Starboard in the early morning hours, where they enjoy beverages, loud music and general pre-run festivities. At 2 p.m., the “Run” officially begins, followed by more parties.

And yes, it is as crazy as it sounds! This is one festival that really has to be seen to be fully appreciated.