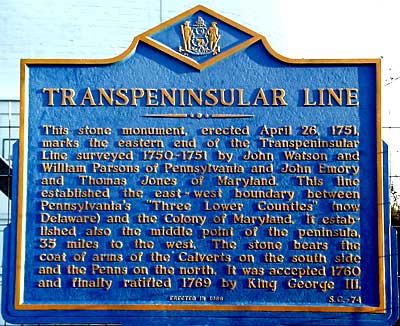 The accompanying survey settled a dispute between the Calverts and the Penns and was not without its controversy, as the courts of the time ruled that Cape Henlopen, which we now know is located several miles to the north, was instead located in the Fenwick Island area.

This was based on an old map that identified Cape Hinlopen, as Swedish settlers called it, as being at the current location of Fenwick Island. Calvert, unfortunately for him but fortunate for current residents of the state of Delaware, didn’t realize the mistake until it was too late.

Today, the Fenwick Island Lighthouse rests on the Transpeninsular Line and is a main attraction for visitors to coastal Delaware, as well as to Ocean City, Md.